Beaten to death amidst general indifference: Has racism become an attraction?

Beaten to death amidst general indifference: Has racism become an attraction? 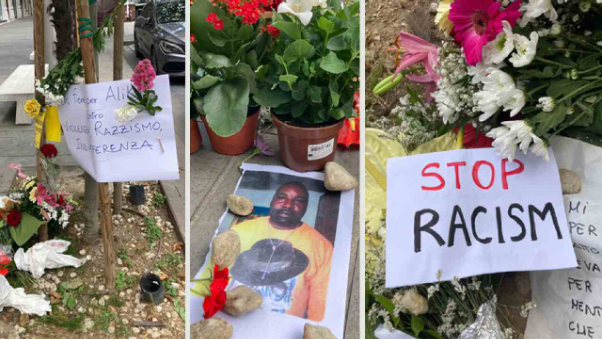 This is the story of the late motor disable Alika Ogorchukwu, a 39 years old Nigerian migrant living in Italy, attacked in broad daylight and beaten to death in Civitanova by Filippo Ferlazzo, a 32 year old Italian.

The gesture as well as the images filmed by the passers-by are shocking.  This tragedy occurred on July 29, 2022, and has caused indignation among the population, especially because no one intervened to help the victim.

Footage of the attack has been circulating online, with voices in the background demanding that the attack should stop. Would they not have intervened if it was a white person being attacked? Would he not have been saved if only one person among all those filming had intervened?  Like a Hollywood movie, racism is now becoming an attraction where the search for followers, the search for the first person to post a racist video, the first person to witness racism, takes the place of the value of human life.

Are we not born equal with the same rights as stated in Article 1 of the Universal Declaration of Human Rights?

The fight for equality and social justice for oppressed and marginalized people will only grow as long as the voice and rights of Black people are not heard and respected.

The Black Academy joins this fight against racism, discrimination, social injustice of Black people and Afrodescendants to demand a clarification of this racist act by the competent authorities in Italy because the Universal Declaration of Human Rights has no color and remains a right.