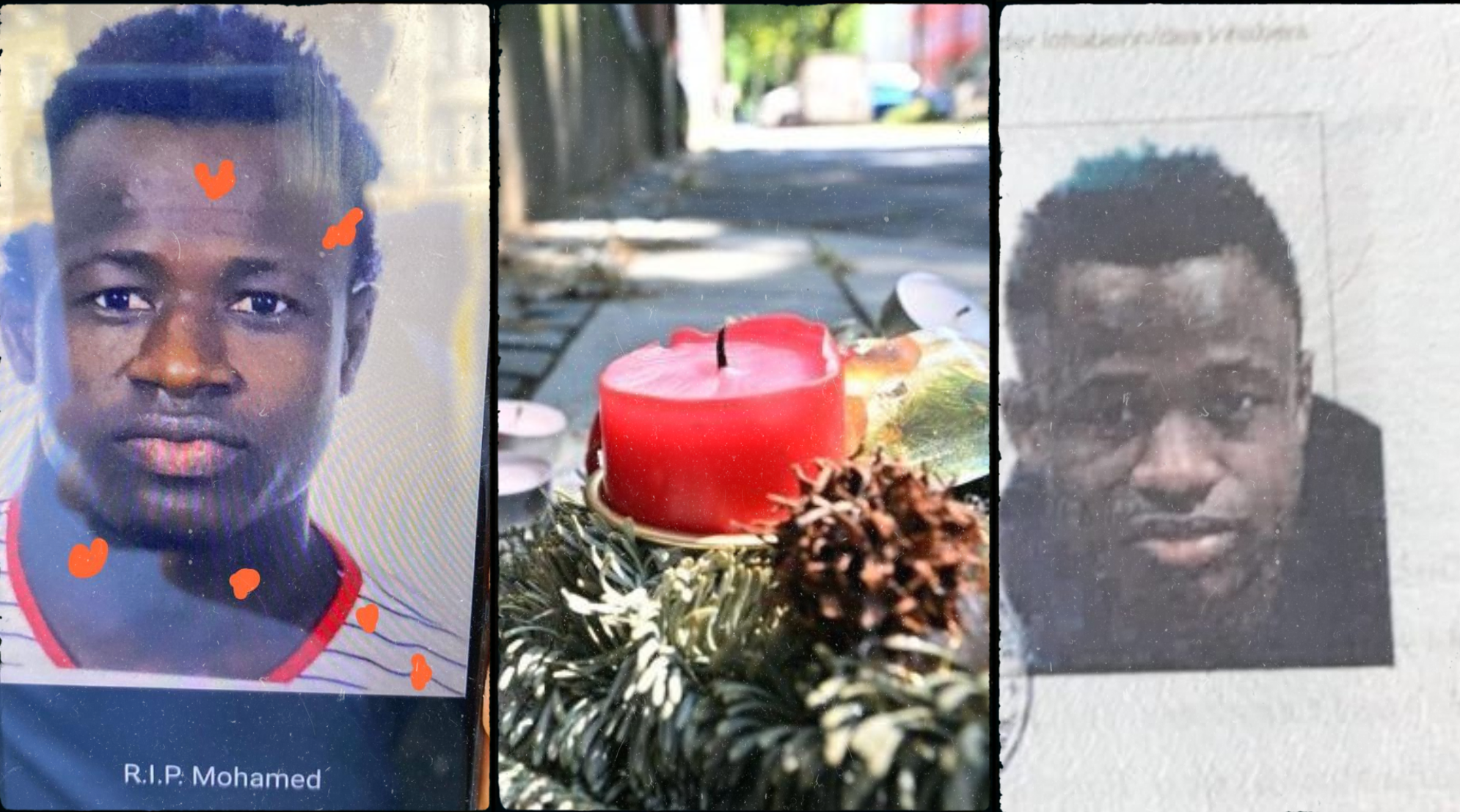 Black people have been victims of police blunders for years

On 08 August 2022 in Dortmund, Germany, Mohamed Lamine Dramé, a 16 year old Senegalese, was killed by German police with 5 shots from a machine gun.

And one more. It was August 8, 2022, in the region of North-Westphalia, when young Mohamed Lamine was reported to the police because he was holding a knife in the street. He was surrounded by 11 police officers who tried to subdue him. But unfortunately, what should have been a simple intervention to restrain the young man, just 16 years old, turned into a nightmare for the family of this young man and for the Black community. He was shot five times with a (Heckler & Koch)[1] MP5 machine gun.

Black people have been victims of police blunders for years

Once again, we are witnessing a German police operation that is completely out of control. Once again, a black person of African origin dies as a result of police gunfire”. Dr. Pierrette Herzberger-Fofana[2]

Indeed, if the death of young Mohamed in Dortmund has outraged the entire black community and put the debate on racial profiling within the German police back on the table, it is not the first. He is just the umpteenth victim of police brutality against black people in years. A representative survey of  2017 shows that 14% of black people in Germany have been victims of racial profiling in the previous five years. (Result of the second EU survey on minorities and discrimination in the European Union, 2017).

The death of young Mohamed, together with the deaths of several other black people  who have been victims of police abuse, leads us to demand that training on anti-black racism should be introduced in the police. It would therefore also be interesting to train the police on the subject of racial profiling of Black and non-White people. In the Afrozensus[3] – a survey of about 6,000 Black, African and Afro-diasporic people in Germany – conducted in 2020, it was found that more than half of the respondents (56.7 per cent) stated that they had been stopped at least once in their life by the police for no apparent reason. (Report Afrozensus-2020-Einzelseiten.pdf)

This tragedy therefore raises many questions. Why didn’t they fire warning shots or shoot his feet or into the air to intimidate him? Why were 6 shots fired? Why could  11 police officers not  be able to restrain a young man and pin him down? Why did they not hesitate to cross the threshold of violence by firing an automatic weapon? Why didn’t they bring in someone who spoke French to avoid a misunderstanding? Would the police officer have fired at point-blank range if he was a 16-year-old white teenager?

A justice system that minimises racism

That there is racism in the police, that the police often use disproportionate force, that they harbour anti-black police officers in their ranks, all this can now hardly be denied. Also because the cases are now so numerous. But unfortunately the judicial institution struggles to bring justice to the families of these victims.   The sanctions are not commensurate with the criminal acts against black people. The recognition of these misdeeds as racist acts, whose foundations can be found at structural, institutional or interpersonal levels, is often denied. These tragedies, often reduced to isolated cases, only reinforce the growing social injustice against Black communities.

We call on the judicial authorities of the city of Dortmund to help clarify this racist act that cost the death of a 16 year old boy. Because we believe it is time to end the excuses for racist acts or to deny them. It is time for sanctions to be taken to punish and prevent those responsible for these acts and to support the Black community in its struggle for social justice and a diverse and inclusive society.  Because we believe that the judiciary must stop covering up the blunders of its fellow police institution. Let justice be done to Mohamed Lamine and his family.

The Black Academy joins this struggle against racism, discrimination, social injustice of Black and Afro-descendants to demand a clarification of this racist act by the competent authorities of the city of Dortmund.

[2] Dr. Pierrette Herzberger-Fofana:is a German politician of Malian origin and member of the European Parliament.

[3]Afrozensus : This is the largest ever survey of Black, African and Afrodiasporic people in Germany initiated by Each One Teach One

6 days of exchange around the culture of remembrance : a cultural journey based on the experience of a participant in the DAICOR project.